Place the following script on your scene’s camera.

You must remember to invert the culling when inverting the projection matrix. If you don’t, you will get a result like the one below. 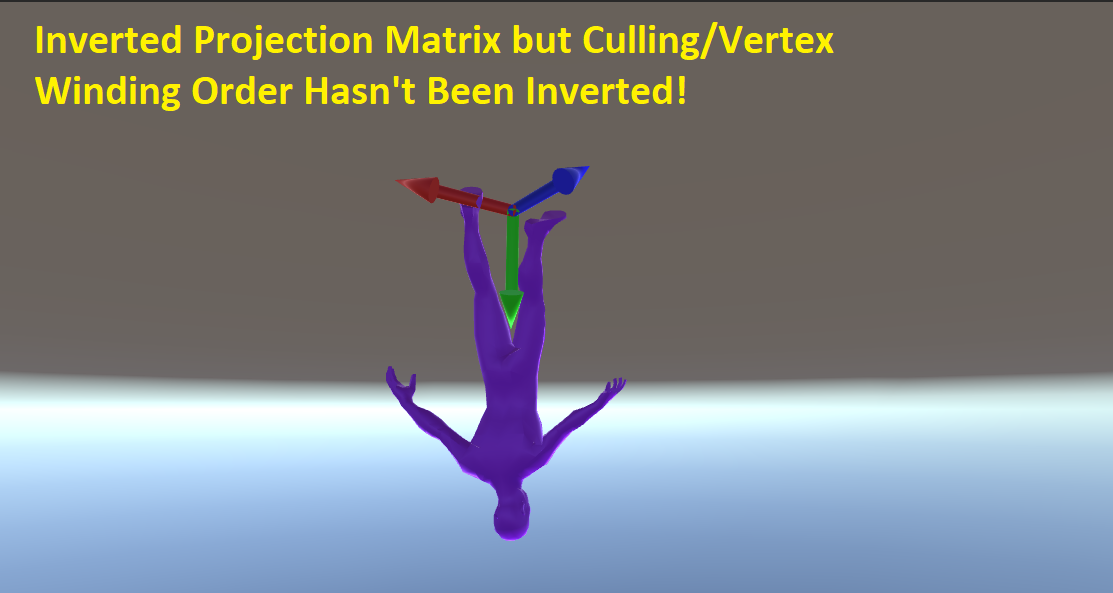 The reason for this is because the order in which your vertices are defined will not change when you invert the projection matrix.